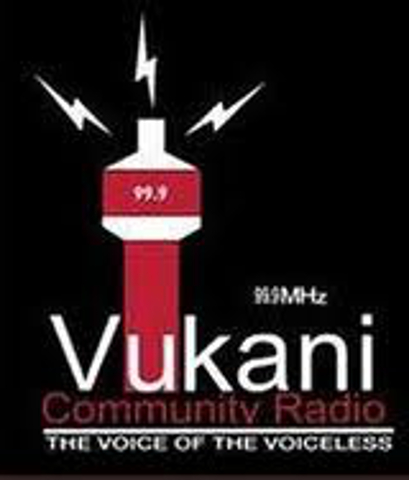 Welcome to Vukani Community Radio website, please feel free to browse on each and every page as we have everything you need to know about our community radio station. Vukani Community Radio is one of the longest operating stations which was established in rural community of Cala way back in 1996. Please feel free to browse through and contact us for anything you might need assistence on and we will gladly be at your service.

Vukani community Radio prides its self as one of the most well-resourced community Radio stations in South Africa and its able to assist it clients to host a number of events like on-air promotions, Live Broadcasts.

The idea of Vukani Community Radio came from Cala University Students Association (CALUSA) in 1993, and in 1995 Vukani was granted a 1 year broadcasting licence. A German engineering company donated broadcasting equipment needed to set up the station. In April 1996 Vukani went on air. Since its beginning, Vukani was voluntarily presented mainly by youth from the local communities.

Vukani is based in one of the most deprived parts of the former Transkei. Its coverage stretches over the Chris Hani District Municipality, Sakhisizwe, Engcobo, Emalahleni and Intsikayethu. The station encourages community participation in local development, and special emphasis is placed on previously disadvantaged communities. The aired programmes feature local entertainment, and highlight relevant information and education in the region.

As part of Vukani’s educational mission, it offers students the opportunity to broadcast during school holidays. This motivates them to finish their education and realise the possibility and importance of job creation. Internships are also offered to journalism students from tertiary institutions. Vukani has a listenership of 60 000 and is broadcast 24 hours a day on 99.9FM.

For more information, click on the link below:
Vukani Community Radio