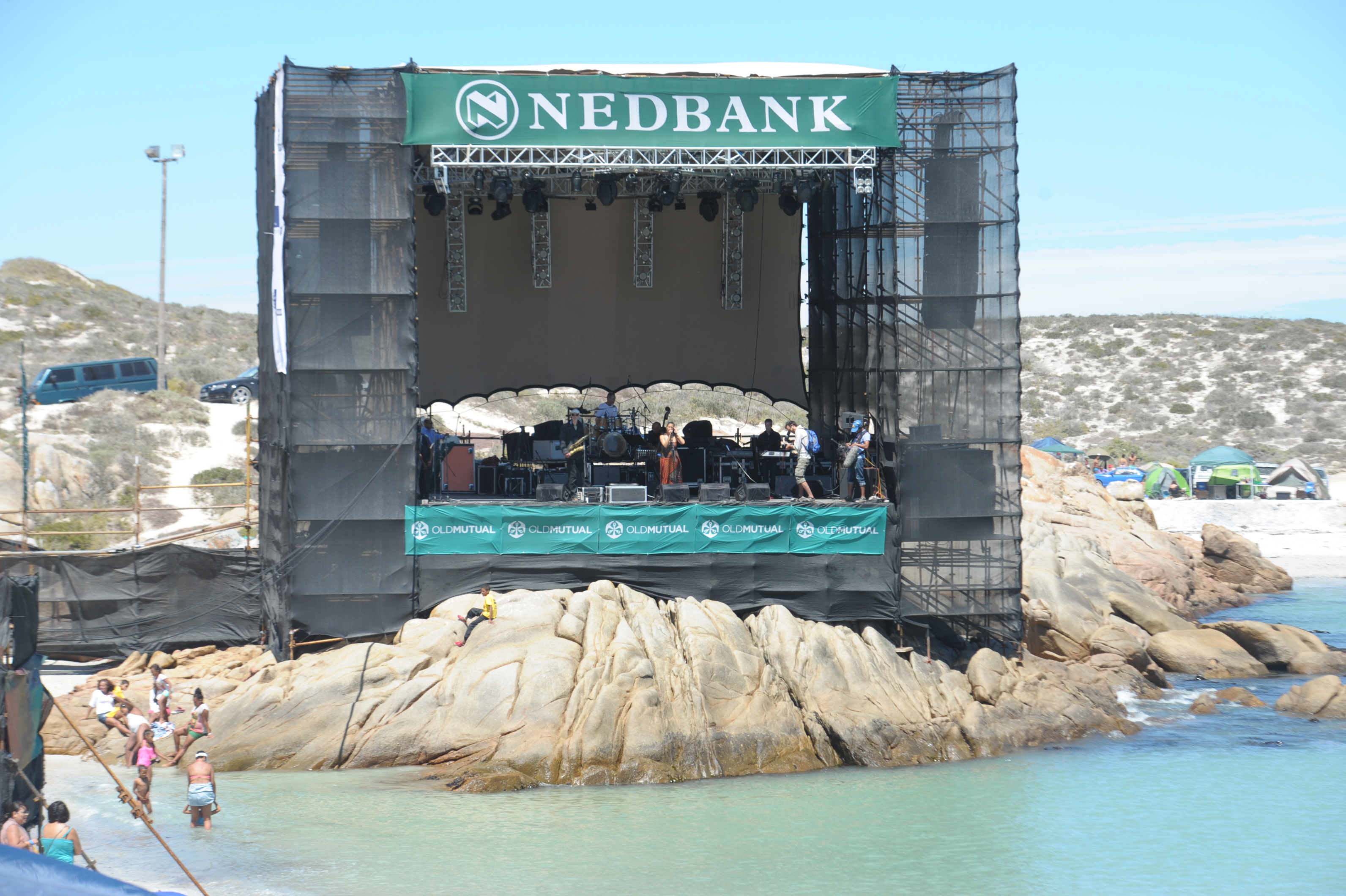 Jazz on the Rocks2014 by Tietiesbaai Paternoster. Foto Peter Abrahams

Cape Town, Tuesday 07 February 2017: Thousands of jazz lovers will descend on Tieties Baai in the picturesque Cape Columbine Nature Reserve near Paternoster on the Cape West Coast at the end of this month.

The sought-after sold-out four day jazz music festival offers a stellar line-up of both local and international acts. This year at the 7th installment of Jazz on the Rocks, festival goers can look forward to seeing Joe Mcbride doing a tribute to Ray Charles alongside 23 other top notch local artists.

The popularity of the event, which takes place from Thursday 23 February to Monday 27 February 2017, has grown exponentially over the last few years, with campsites at Tieties Baai sold-out at least nine months ahead of the event. Apart from attracting thousands of people to the reserve, the event contributes significantly towards the economy of the region. Local entrepreneurs are also given the opportunity to showcase their goods and services, further entrenching an entrepreneurial culture and spirit in the communities.

Founder and Heart FM Presenter Clarence Ford says the festival promises a little more this year. “We will be hosting a community youth sports festival on the Voorstrand beach in Paternoster on Saturday 25th February. We’d like to focus on youth in the area and sport, which is well loved in the community. We want to unlock the abundance of talent in youth, in the fields of music and sport. It is important that we are not only seen as festival creators, but that we are invested in developing the youth of the region. We want to leave a lasting legacy for years to come, without leaving a footprint on the splendid.”

Ford says he would like to get more youth involved in the festival. “We want to upskill them with knowledge about festival design and the management thereof. To facilitate this, we have the Cape Peninsula of Technology on board again this year. In 2016, 15 youth from the Paternoster area were acknowledged for their learning by the Cape Peninsula University of Technology. We are proud of their achievement. They are able to now be economically active in more than just the crayfish industries.”

Sponsors for the 2017 edition include, NEDBANK, Old Mutual, The Department of Cultural Affairs and Sport, VODACOM, Distell and SAB Miller. The event strategically involves the Department of Fisheries, to educate the local community and visitors about the dramatically decreasing crayfish reserves.

About Jazz on the Rocks

Jazz on the Rocks was successfully introduced to Tietiesbaai, Paternoster in 2011. The event enables families’ quality time in the great outdoors. While the event essentially harnesses the healing forces of nature and music, social entrepreneurship is at the heart of all endeavours. Behind all effort and risk, is a passionate mission to empower youth from “target” areas, in all elements of festival design and management. The objective is for youth from previously disadvantaged, host communities, to be effectively equipped to manage the event in future years. The Jazz on the Rocks stage has seen some of South Africa’s leading acts alongside their international counterparts including, Hugh Masekela, Lira, Andy Narrel, Joe McBride, Freshly Ground, Ladysmith Black Mambazo, Jimmy Dludlu and Judith Sephuma, Jay Beckenstein, Marion Meadows and many more.