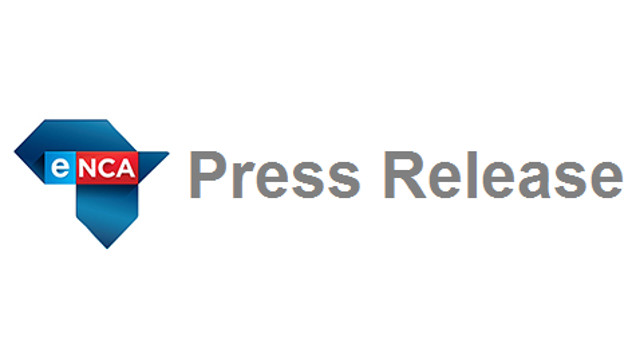 In line with eNCA’s commitment to spot talent and develop skills within their organisation, the channel has appointed five new staff members in key positions.

Sports
Dinesh Gangaram has been appointed acting Group Sports Editor for three months. He has shown great leadership potential and channel are certain he will use this time to revitalise the team and take eNCA Sports to a new level. Dinesh has over 12 years’ experience in journalism. He began his career in print as a sports writer and joined eNCA when it launched in 2008. “I am excited about this challenge,” says Dinesh. “I look forward to mentoring our young team of reporters and bringing fresh energy to our sports coverage. I am particularly keen to tell the stories behind the results.”

Assignments
Reporter Bongiwe Khumalo has been seconded to the Assignments Desk for the next six months. Bongi, an accomplished reporter and weekend anchor, has demonstrated great leadership qualities when helping out the assignments team from time to time. As part of her career development path she now takes up the post of Deputy Assignments Editor from the 5th of August 2016. She will receive training and mentoring to grow her into this role. “I am honoured to have been given this opportunity,” says Bongi. “I know this will be a great learning platform. It’s a step in the right direction towards the growth that I see for myself in the company.” Bongiwe has worked at eNCA for five years. Although moving into a management role she will not be lost to our screens. She will continue to report when necessary and anchor on a freelance basis.

NewsDay
Michelle Craig who anchors eNCA’s lunchtime show in Cape Town, is due to go on maternity leave in September.  In her absence Amy Mac Iver and Shahan Ramkissoon will hold the fort until February next year. Amy is an eNCA reporter and weekend anchor for e.tv’s Direct bulletin. “I’m thrilled about the opportunity to fill in for Michelle on NewsDay, “says Amy. “I look forward to working alongside Shahan. He is both an outstanding journalist and anchor. Together we hope to bring the same energy and professionalism our NewsDay viewers have come to expect.”

Shahan has been working as a freelance anchor for eNCA since his return from New York earlier this year, where he anchored for Arise Television. “NewsDay is a fast-paced show, when news often breaks. I look forward to the challenge and will do my utmost to bring South Africans coverage that’s different, on point and personality-driven. “

Business
Motheo Khoaripe has been selected as the successful candidate to replace Arabile Gumede who left the channel earlier this year. Motheo takes up the post as Business Reporter and Markets Anchor this month. Over the past two years he has distinguished himself in the field of business reporting. Motheo, who will start anchoring the afternoon markets bulletins later this month, has this to say about the new challenge: “In recent years the South African economy has been through an incredibly challenging period. I am hoping that my role here will help explain the complexities that we as a country face. As young people we have to be part of the change that will grow our economy.”

Says Mapi Mhlangu, eNCA Channel News Director: “We hope his promotion will help make business accessible to young people. We want the youth to join the national conversation on how to build our economy. We need to tap into the young demographic that will take this country forward economically, because the future of this country depends on their participation.”

Mapi Mhlangu also comments that all five appointments are in line with the Channel’s commitment to developing internal talent. “It’s a great honour for me to be part of a senior management team that is mentoring future news leaders.”